There are three fundamental principles that guide the public human resource management (HRM) of the Republic of Korea:

Public servants are comprised of the following different categories:

The General Service consists of public officials in Grades 3-9 and senior officials belonging to the Senior Civil Service (SCS). The Special and Political Service each have their own grade systems. 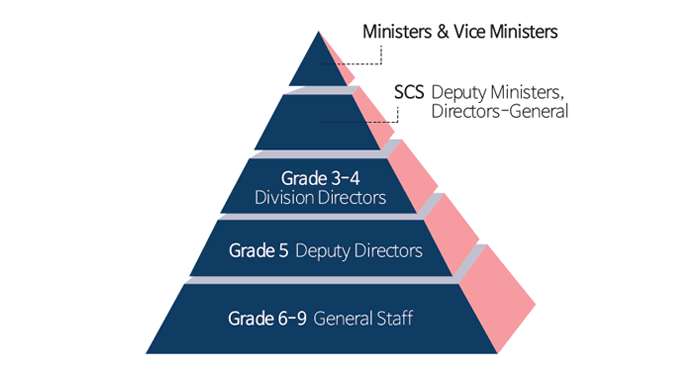 Types of Public Officials At a Glance 2018